Happy to be re-creating music I've

heard all my life. With the Deep Blue Studio Orchestra, it was a tribute to

​​Any Day Above the Grass

Should Have Worn Black

The "Michael and Nung" music video combines composition and performance with the video and editing art of Nung-Hsin Hu, rendered in New York and Connecticut. Mike's composition for three clarinets (b flat, a, and bass) is called Kaleenka Suite. It's Mike's "classical" side during a residency at i-Park Foundation.  Here is a link to the music of Chronic Jazz Syndrome where Mike plays bass.  The two videos below show Mike sitting in on alto sax. 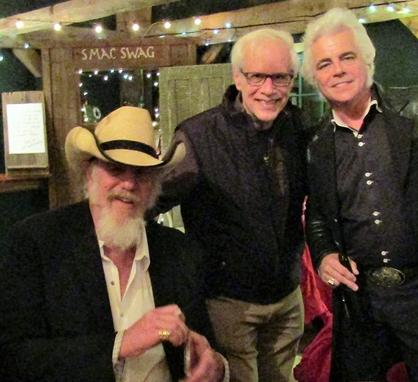 Being part of Zuzu Bollin's comeback show is a great memory and this is the only capture I've found of it! You may hear me on sax but can't see me, the trumpet player and I are looking at each other making it up as we go along.... sometimes there's no rehearsal for the blues! And yes, on drums is the late great Doyle Bramhall. 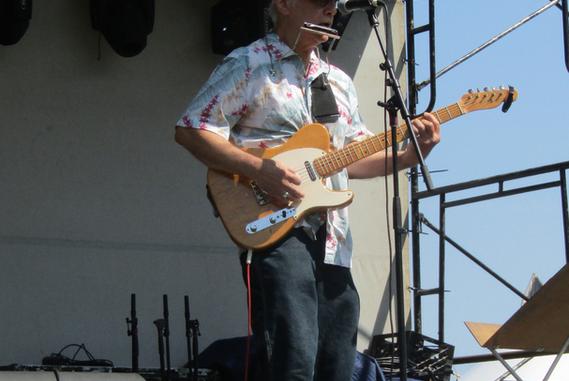 Who's On My Land is a streaming-only single, available on cdBaby. This paean to Americana sounds like a folk rock classic though it was just composed recently. It possesses a "Levon" type of feel, and all the horn/organ/guitar trappings of Americana music. It is NOT included on the Boston Nashville album. Download it here on CDBaby. 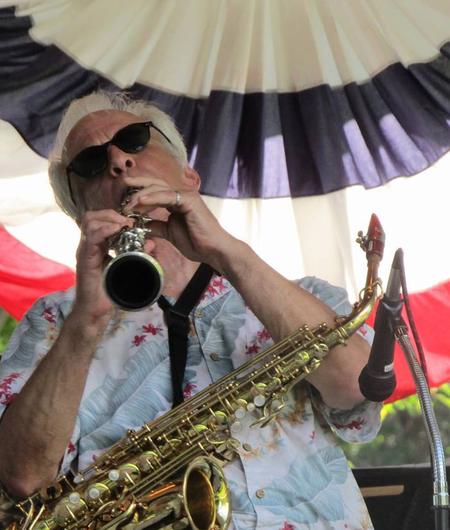 ...With the Blue Note Big Band, it was the Blood, Sweat and Tears arrangement of God Bless The Child. I tried to get out all the notes of the Fred Lipsius solo that slayed me as a kid....can't blame me for tryin'!

Maybe  not my best rendition of "Picture of You" (buy the album for the best one) but hard to resist the backdrop at this art gallery gig.

May 22, 2017, was the 30th year since a tornado devastated Saragosa, Texas. The song I wrote about it has lived on. Above left is a 2013 rendition by a group in Fort Worth, Texas. Here's a slow ballad version and here's a version with a more mariachi-style tempo.